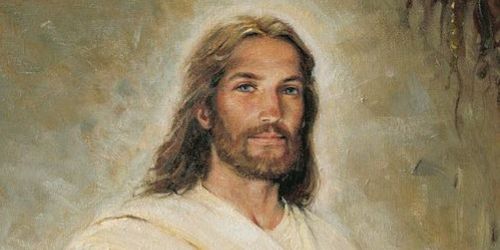 Opening verses of the Epistle to the Hebrews do not start with greeting nor addressing the recipients as is typical for biblical epistolary literature. Although the epistle is placed among epistolary literature it does not share its form. It is rather closer to homily (sermon) by its own literary form. Nevertheless, the subject of the writing, deep Christology, is apparent right after reading the first four verses.

The text opens a question of magnitude and significance of the person of Christ. The greatest significance of his person is that “God … spoke to us in Son (ἐλάλησεν ἡμῖν ἐν υἱῷ [elalésen hémin en hyjó])” (Hebrews 1:1.2). This fact speaks of the identification of God's testimony of himself with the person of Jesus. This is put in relation to the Old Testament tradition, which is characterized by the fact that the Lord "spoke to the fathers (λαλήσας τοῖς πατράσιν [lalésas tois patrasin])" in the past ("formerly" πάλαι [palai]) often in different ways (Hebrews 1:1). But this tradition is now diametrically surpassed in Jesus Christ. Because Christ is "being the reflection of his glory and the exact representation of his essence (ὢν ἀπαύγασμα τῆς δόξης καὶ χαρακτὴρ τῆς ὑποστάσεως αὐτοῦ [ón apaugasma tés doksés kai charaktér tés hypostaseós autú])” (Hebrews 1:3).

Talking in Christ is also a precursor of the “last days (ἐσχάτου τῶν ἡμερῶν [eschatú tón hémerón])” (Hebrews 1:2), that is, the realization of the eschaton. In other words, there is not and will not be a clearer speaking of God than in the Son before the very coming that overcomes everything that has so far been expressed in God.

Further, allusions on identification with important Old Testament figures (offices) of prophet (1:1), priest and king (1:3) appear in the text. Just as the great prophetic figures of the Old Testament communicated God’s word and will to the people of God, Christ is also such expression. However, as will be further apparent in the letter, this prophetic prototype is many times overcome.

Jesus’ role as priest is evident in the formula “performing on himself the purification of the sins (καθαρισμὸν τῶν ἁμαρτιῶν ποιησάμενος [katharismon tón hamartión poiésamenos])” (Hebrews 1: 3). Christ overcomes this priestly prototype by identifying himself with the sacrifice (this is indicated in the middle form of the participle ποιησάμενος [poiésamenos]). Priestly role of Jesus will be further expanded in the text and will hold the central soteriological (salvific) role throughout the letter.

Similarly, a king stood between God and his people by an invested God's authority over them. However, Christ "sat down on the right hand of majesty in the high places (ἐκάθισεν ἐν δεξιᾷ τῆς μεγαλωσύνης ἐν ὑψηλοῖς [ekathisen en deksia tés megalósynés en hypsélois])” (Hebrews 1:3). In contrast to the earthly kings, Christ is enthroned (crowned) directly in heaven in the presence of God, and himself alone exercises God's rule, thereby exceeding the greatness of the earthly rulers many times.

Finally, the text exalts the meaning and role of Jesus Christ in connection with the angels (Hebrews 1:4). Angels also fulfilled the role of God's mediators revealing divine will, message, and in some cases also functioned as guides to apocalyptic prophets, as evidenced by the book of Revelation and noncanonical apocalyptic literature. However, even the mediative role of the angels is overcome by Christ due to his identity since he himself is the representation of God's being.

This text, therefore, clearly, from the beginning, underlines the magnitude and uniqueness of the person of Jesus Christ.