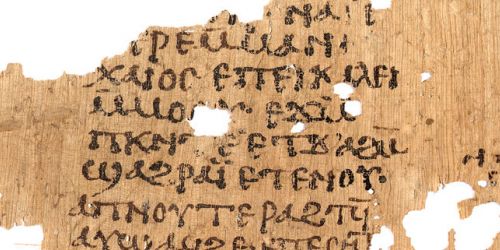 The Coptic alphabet was in use from the 1st to 17th century AD. It is an adaptation of the Greek alphabet with the addition of signs from Demotic language to represent Egyptian sounds the Greek language did not have.